The East Tennessee CIT (ET CIT) Task Force broadened its reach by working with Align9 to host the training in Roane County. Align9 is a not-for-profit agency dedicated to building stronger communities through collaboration of government agencies, non-government organizations, and faith-based communities in Loudon, Meigs, Morgan, and Roane counties.

CIT is an innovative first-responder model of police-based crisis intervention with community, health care, and advocacy partnerships. CIT provides 40 hours of specialized training for problem solving and de-escalating crisis situations with individuals who have a mental illness. Studies show it also improves the safety of patrol officers, consumers, family members, and citizens within the community.

Lieutenant John Kelly of the Oak Ridge Police Department and CIT Trainer said to the graduates earlier in the day, “It’s all about the importance of genuine listening and talking with people who are having a hard time. If you can give a little of your time to genuinely listen to someone’s story and talk with them, you can make a difference in their life, and making a positive difference is why we’re involved in law enforcement.”

Clinton Police Officer, Jill Herman, offered prior to the graduation ceremony, “When you’re fresh out of the academy, you’ve got an understanding of how to handle certain calls, but this class has given me a lot of tools to be able to help someone who’s experiencing a mental health crisis.” Oak Ridge Police Officer, Jason Brock, shared, “This training was very eye opening, not just from a law enforcement perspective but from an everyday importance of talking to people. You just don’t know what people are going through until you talk to them.”

During the graduation ceremony, Brian Buuck, Ridgeview CEO, emphasized the words of CIT founder, Major Sam Cochran, “the program’s success is as much about changing hearts as it is about changing minds.” Buuck added, “CIT officers play a vital role in keeping the community safe and promoting hope, healing, and recovery for individuals experiencing a psychiatric crisis.”

Ridgeview is a private, not for profit community mental health center with locations in Anderson, Campbell, Morgan, Roane, and Scott counties. 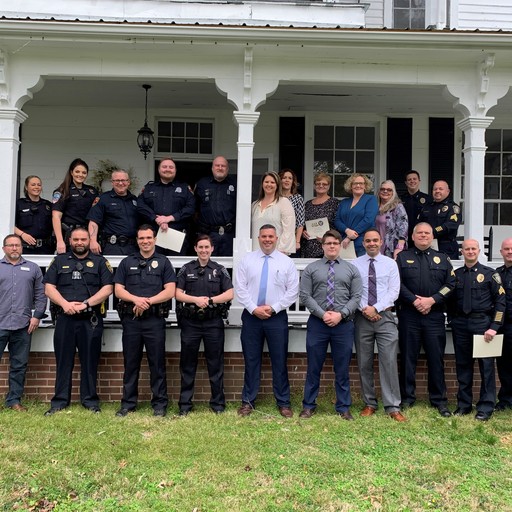